For three months, Rev. Drs Rebecca Osiro worked at the Mennonite Seminary and the Amsterdam Center for Religion and Peace & Justice Studies as a guest researcher for her PhD project involving issues of community, peace, and religious diversity. Her research asks the question how communities can exist together in peace despite the differences in religion and legal institutions. One aspect on this project is the role that culture (and specifically gender) plays in the friction between Christians and Muslims in contemporary Kenya.

Rebecca Osiro grew up in Tanzania, where schools were organised along religious lines. In practice, however, rivalry mostly occurred along the lines of sport competition. Her best friends were Muslim students, with whom they celebrated religious festivities reciprocally. During her teens, she moved to Kenya, where she sought to connect with her fellow Muslim students, but found that the religious identity there mattered a great deal more and it was hard to relate to each other. This inward attitude within the religious groups peters through various levels of Kenyan society, causing tension between Christians and Muslim communities.

In later years, Rebecca got married and the couple got children. She went to work in a “correspondence programme” involved in Christian-Muslim relationships. The correspondence course highlighted the commonalities between Christian and Islamic faith from the biblical point of view. Still in the related fieldwork, Rebecca was puzzled. As a Mennonite, she would focus on sharing and fellowship, but the church leaders expected evangelisation. This was an aspect that was out of the question for her, but she also realised that she knew too little about Islam. A desire to learn more about Islam arose, as to be able to present Islam to her Christian community in a more constructive way: a way of sharing what Islam really is about, , intending to enable people to relate to others beyond their own religious confines.

This is especially relevant for Kenya due to its current tensions between the two dominant religious groups. The north-eastern and coastal regions of Kenya have been predominantly Muslim, while the other regions are either Christian or populated by the Masaï – who are either affiliated to Christian or cultural virtues. This variety has led to an economic, educational, and political differentiation of the country, especially between Christians and Muslims. As the Portuguese, but predominantly the British, introduced Christianity, and as it became accepted by the Kenyan population, social amenities were established. Yet where Christianity was not dominant, economic development tended to lag behind. However, though the regions where Islam was (and is) dominant, Islam had, for centuries, been the 'higher’ culture, and Muslims in those parts had referred to the people of the hinterlands as shenzi, meaning 'idiot’, 'backward', or 'barbaric'.

This historically rooted dichotomy remains visible today. While there is an acceptance of the social amenities that have historically been refused, the coastal regions and north-eastern, Muslim-dominated parts of the country remain economically backward in comparison. In effect, those regions are poorly represented in the political field, in order to be elected one requires, at least, education. There are efforts taken to reduce this imbalance by means of positive discrimination, but this raises, of course, the question whether this will result in capable political representatives.

Meanwhile, events throughout the world evoke the sense of being stereotyped among the Muslim population . And on the other hand, non-Muslim citizens wonder whether or not sharia law will be implemented should a Muslim becomes president.

In this apparently heated debate, Rebecca’s research focuses on one aspect of that debate, namely the Islamic courts. Constitutionally, there are Islamic courts, named qadi courts, that are concerned with resolving legal issues on matters of family. Though frowned upon by Christians, wondering whether such courts should be part of the nation’s constitution, they are very central to Muslims, and especially Muslim women. It is a forum where they can be heard. This does not resolve the question as to why Islamic courts should be constitutionalised while Christian courts aren’t, but this does show the importance of these courts and why a clear understanding of them is needed. While seemingly very effective for Muslims, for Christians these courts are a source of contention and, as such, an important part of the political debate. This is what Rebecca’s research is about.

The qadi courts are located in the provincial headquarters. Sometimes they are too far away for people to travel there. There are representatives, more local units, but these are more culturated. Whether or not this inculturalisation is a problem is part of the research. Also, it can be asked whether the government should appoint the judges of those courts. In her research, Rebecca indicates that these courts are important especially for women, while women (in general) are marginalised Kenya in various fields of the public and economic domains. Since the courts have only jurisdiction in matters of family law, the cases presented are predominantly important to Kenyan women, representing the family. However defined, the family is the corner stone of Kenyan society: if there is no peace in the family, this will be manifest on the community level and, by extrapolation, on the national level. It seems that the qadi courts function to mediate the peace within family, and as such they contribute to the peaceful coexistence of different religious groups in the given community. 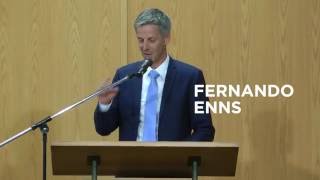